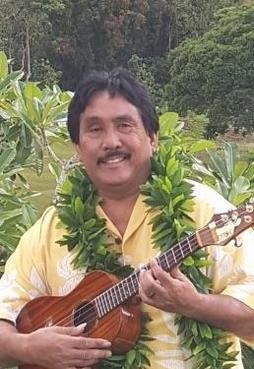 Born and raised on O'ahu, Ramon began playing ukulele in 4th grade. His first paid gig was at 17 playing for a formal dinner at a local McDonalds restaurant, linen tablecloths and all.

In 1996, he moved to the East Coast and began playing music with Halau O ‘Aulani under the direction of Kumu Hula Wayne Panoke. This is where he found his love of traditional Hawaiian and hapa haole music. (“Hapa Haole” music refers to songs of Hawai’i that are sung in English.)

Ramon has performed in many well-known venues in Hawai’i, throughout the mainland and internationally including:

Check out his performance calendar to see when and where you can see and hear him live and to book him for your next event.